The Effects of Pain on the Mind and the Emotions

There are many types of pain that affects us in different ways at different times. Fortunately at Maitland Wellness Centre we have therapists with different skills and expertise to help you with your particular problem.
Results will depend on the many factors and variables that give rise to pain. Please give us a call to discuss your particular problem and we will be happy to advise you on what we may be able to help you with.

Chinese medicine has long recognised the effect of emotions on the creation and perpetuation of pain. For some people, pain is cyclical. Pain produces anxiety or depression, and this intensifies the pain. Fear and anticipation of the physical problem can also heighten the pain, leading to further feelings of depression and helplessness. When experiencing such pain, it is natural to limit ones activities, this can lead to a chronic pain cycle.

The chronic pain cycle may begin with prolonged periods of rest and inactivity, causing a loss in physical strength, endurance and flexibility. Inability to perform usual activities at home or at work is likely to promote feelings of frustration and lowered self-esteem. During times when the pain subsides or is more tolerable than usual, you may overexert yourself in an effort to prove to yourself and others that you can still do the things you did before the chronic pain began. As a result of overexertion, the pain often returns and may be more severe than before. You may find yourself unable to finish tasks or accomplish goals. Discouraged and in pain, you begin limiting your activities, and the cycle begins again.

One way to keep from getting caught up in the chronic pain cycle is through pain management and treatments such as acupuncture and massage. Often the reduction of physical pain can prevent the cycle from starting.

For more than 2000 years Traditional Chinese Medicine has recognised emotions as one of the major cause of disease. In modern medicine the role of stress in causing health problem is a much more resent development and one that is still discussed in general term as a contributing factor rather than a main cause.
In Traditional Chinese Medicine, different emotions are said to have different effects on the body and its functions. While emotions are a natural part of human life, it is when they get to strong or last too long that they may cause problems. Also, when the body is weak we are said to be less able to cope with problematic emotions.

Whether we are discussing old eastern philosophies or modern western theories they both agree that a proper balance between rest and activity is important. In the body this plays out in the nervous system through its sympathetic and parasympathetic branches, one gets things going then the other gives the body rest.

We have all heard about the fight or flight response to stress and understand how being in a highly stressed situation makes us feel. Most of us find it difficult to recognise how ongoing stress feel although this is the most damaging to our health.

Using The Mind to Ease Pain

If we compare the two statements there is a world of difference. In the first case we are inside a big bubble of pain. Our whole being, body and mind, exist within this large bubble of misery. When “my shoulder still hurts” a big part of us has escaped from the bubble. We are not where we want to be but we are not completely engulfed in pain. Ninety percent of the body and hopefully the mind and emotions as well, exists outside the bubble. This can give us some rest, some freedom and importantly it can give us some energy and motivation to further improve our lives.

In the UK NICE recommends that instead of prescribing pain killer medical practitioners should refer patients to either acupuncture, exercise, talk therapy or prescribe antidepressants. While most pain sufferers may not be ready to throw away the pain killers, this advice is based on the most resent medical research available. There is no doubt that both acute and chronic pain affects how we feel mentally and emotionally. The ancient art of acupuncture may just be what the doctor ordered. 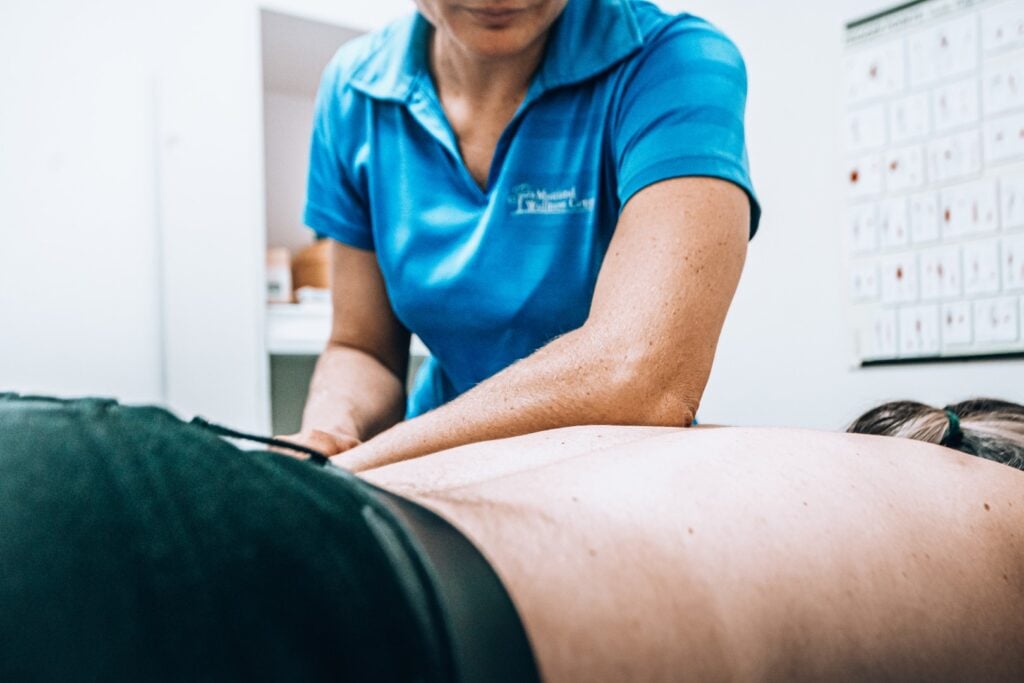 RING NOW FOR A FREE PHONE CONSULT WITH ONE OF OUR therapists to answer any questions you may have.